I'm a huge fan of acupressure

and Traditional Chinese Medicine in general, (especially after my trip to China), but even though I was brave enough to try cupping and gua sha I was a lot more cautious about where I was going to try acupuncture.

During acupuncture very long, fine needles are inserted through your skin.

They can either be used to stimulate acupressure points; which are believed to relate to specific conditions or, in my case, used to directly stimulate the area where you have a problem.

I've been having some problems with my back and when my GP suggested I try acupuncture I got serious about looking for a local practitioner (unfortunately my GP couldn't recommend anyone directly).  Then, when I went to visit a physiotherapist to check out my back I was delighted to find that she practised acupuncture too.  This is what I'd been looking for, a super clean clinic-style environment where I knew the therapist was highly trained and understood the issues I was having with my back.  After one session of physiotherapy I was already starting to feel better so I was very excited to book in for acupuncture the next day.

As she inserted the needles

she explained that they go deep into the muscle tissue, where my back muscles were aggravated and sore, and at a certain point my muscles would "grab on" to the needles.  I could actually feel this happening.  What did it feel like?  It felt like someone sticking needles in my back.  It didn't exactly feel painful, more like a pin prick and then a dull ache in my muscles, it also felt, for want of a better word, a bit scratchy.

Once she'd inserted the needles she used the time to give my calves a little bit of sports massage.  It's interesting that during the physiotherapy appointment she'd mentioned that my tight calves from a previous injury could be aggravating the problems in my shoulders - it is all connected.

The sports massage was also quite intense and  borderline painful.

When she took the needles out

I was already starting to feel the effects; a little headache, nauseous and she explained that many people feel a sudden drop in blood sugar after the treatment.  Luckily there was a cafe next door and I went straight there for some tea and porridge with honey.  The weird thing was that I still felt as though the needles were in my back, as if... someone had been sticking needles in my back.  The idea is that the needles stimulate the body's healing mechanism and create the production of histamine, and yes, it felt like I had been stung.  I could also feel my right shoulder tightening up where the needle had been.

It was recommended to have a course of three treatments, but would it surprise you to learn that I didn't go back?  I was also advised not to have any deep tissue massage on my back for a while.

But I did feel like something had been released, I went home and did some of those houseworky jobs that involve beating the hell out of things.  I broke some stuff.  In fact I felt an overwhelming sense of anger... and then I went to sleep for 2 hours.  Afterwards I felt tearful, cranky and sore, but I did find other things feeling better over the next few days.

As I wrote in my article "Healing Isn't Always Pretty", and I do feel the acupuncture had a releasing and positive effect.  I just prefer my treatments a little bit more pleasurable.

I tried acupuncture at Pure Sports Medicine in Raynes Park, who I do recommend for physiotherapy. 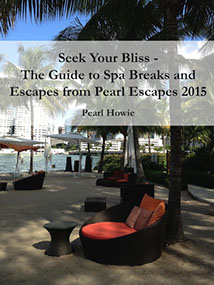 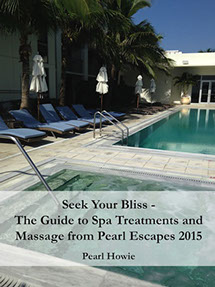