January 2013 update:  I chose this fantastic spa for our first guided spa day, luckily timed with their January 25% off offer and their being named best Hammam in the UK.  We chose a package with hammam ritual, massage and refreshments.

The hammam was fun, with four of us sharing the experience, but it was much more gentle than those I've experienced in Morocco.

My Arabian Back, Scalp and Face Ritual was sublime, with the highlights for me being the back and scalp massages (your feet are also well taken care of).

The only negative that I had was that although the four of us had massages of different lengths they insisted that we all have our refreshments together (even thought one of the ladies had actually already been served hers).  This meant a little reorganising as there is only so much space in the tepidarium and a wait for some of the ladies who had had shorter treatments.

The only thing wrong with this spa is that they didn't have any vacancies for a treatment when I turned up last minute one Sunday afternoon.  I was still able to take advantage of their salt steam room (it’s the only treatment that doesn't require an attendant), so for just £15 for 15 minutes in the steam room I got to enjoy this idyllic oasis for almost two hours.

If you want to use any of the heat rooms you'll need to bring your swimwear – luckily I'd already thrown my bikini in my bag.

I have to say the very best things about The Spa, Dolphin Square are the attendants; the décor, robes, towels, facilities, music, tea, refreshments, atmosphere, even the shop are excellent but all of these are nothing without a great supporting cast.  They were amazing hosts, especially considering I turned up out of the blue on a Sunday evening and opted for the cheapest treatment going.  From the lady at the front desk who explained the facilities and offered me a hair treatment to complement my session (and offered to let me have the more expensive treatment for the price of the cheaper one when they had only that one left), to the lady who showed me to the salt steam room, to the attendant who just passed me, looking confused in the hallway and offered me an extra towel.  They even came to find me in the tepidarium (more on this later) - I thought my time was up – but no, it was to bring me a tray of traditional Moroccan mint tea and nibbles.

I know, I know, I've run on, but you want all the details, so here they are…

Once you've found Dolphin Square follow the signs to the fitness centre and you'll find signs directing you down the stairs to ornate double doors leading into The Spa.  As soon as you walk into The Spa you could be in Marrakech (apart from a few more concessions to health and safety).  There's a well-stocked shop if you fancy picking up some Arabian products (I have quite a few of these in my bathroom already).  The website talks about "spa mentors" and I was a bit suspicious of this title, but I really felt like the attendants were prepared to greet and help anyone understand how to use the spa (even I learned something – what a snell is).

The changing rooms are small and do feel a little crowded when there are four or more of you, but it's impossible to complain about lockers which open to reveal grey towelled robes, a small and large towel as well as a sweet rose soap for you to use in the shower (or take home, as I did).

Aside from the massage rooms (which unfortunately I didn't get to check out this time) there are heat rooms for the hammam and scrubbing, for the rhassoul and the salt steam room that I visited.  It was my first time in a salt steam room and my advice to anyone wearing contact lenses, is to manage without them if you can, as they were a bit sore (I've since been warned by my optometrist to never swim or shower whilst wearing contacts – or at least change them half an hour afterwards because of bacteria in the water – which may put a serious cramp in my spa-ing).  The salt steam room is an example of just how much you can do with a small space.  The steam was hot, the design beautiful, the music was loud and evocative of Medina spas and there was a shower.  Actually what I mean to say is there was The Shower.  I firmly believe that every steam room should have a shower or Kneipp Hose to refresh you.  I only realised how great this one was when I tried to switch it off and turned the handle the wrong way.  It almost turned into one of those comedy moments with the hose flying off uncontrollably but I held on, just.  With a shower like this my salt steam room experience turned quickly into a hydromassage.  But I very nearly had another comedy moment which wouldn't have been quite so much fun - if you've ever visited a hammam where there are large basins of water into which you dip silver bowls to throw water over your head then you might, as I did, make a beeline for the large brown basin in the middle of the room to plunge your hands into the water.  Just in time, and in spite of foggy lenses, I realised that the steam was rising from the bottom and it was very, very hot!

You're also welcome to take a breather from the heat in the tepidarium, which is a relaxation area with curved heated beds and transparent curtains to give you the illusion of privacy.  With slightly quieter music this is the perfect place to mellow out before heading back for more steam or finding another relaxation space.

After I finally finished in the salt steam room I headed into the shower – which is in a small curved enclosure without a door – the snell I mentioned earlier – presumably named after a shell because it has a similar shape.  (I'd just love to have one at home so I could tell people – "I'll be in the snell").  Once again be prepared for what happens when you turn this shower all the way up – and careful as you select showerheads – you could be surprised.  There's also an overhead bucket that presumably you can fill and dunk yourself with.

After all this you can choose to spend a while in the deep relaxation area; long couches and golden chairs with plentiful cushions, Moroccan lanterns casting light mosaics onto the ceiling and walls, magazines and even a drinks menu.  You can enjoy herbal teas, cupcakes, other nibbles and even order champagne (you won't find that in many spas in Marrakech).  Or, if you need a little fresh air, there's a very small courtyard space open to the outdoors with a side room – both with plenty of tables and chairs for any refreshments they conjure up for you.

I'm already looking forward to going back, I'm especially seduced by the sound of the Arabian Massage inspired by the nomadic Bedouin tradition of cleansing with sand after long travels through the desert.  If you're someone who likes facials but find products can react uncomfortably with your skin then I'd highly recommend you ask them about an argan oil facial – even if it's not on the menu I think they'd create one for you.

It's also well worth mentioning that they have a number of packages to make the most of other Dolphin Square facilities – the restaurant, fitness centre and yes, their serviced apartments, so it's a great place for a London spa break.  I'm trying to figure out how to justify a spa break here myself!  Mind you, when you compare it against the price of a spa break at Mandarin Oriental London it seems foolish not to.

With a competitive treatment price list, The Spa, Dolphin Square is great value.  As it only opened in October 2011 it also has a number of deals advertised both on its own website and on spa websites, however I would advise you to double check any of the deals you see advertised against their list prices.   I saw at least one deal advertised as a 23% discount and when I checked it was just the standard list price.  Perhaps the best way to approach this spa is to forget the deals, dive into their treatment menu, find the ones that really appeal to you and then check if they're on offer.  Or better still, call them directly, speak to a spa mentor and ask them for their top recommendation for you.

The layout and the very minimal cost of the salt steam room make this a perfect spa for a social outing, especially if you have one or more people in your group who may just want to come along and try it out, so it's also worth considering as a birthday, Christmas or even a hen party treat. 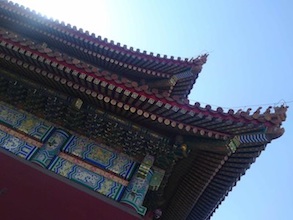 I paid £25 for 15 minutes in the salt steam room (£15) and a hair treatment (£10), the use of the towels, robes, tepidarium, relaxation rooms, and the mint tea and nibbles were complimentary.