One of you wants to stay in a 30 pound a night dive, the other wants to stay in a 150 pound a night luxury hotel?  Book your hotels in advance.  Having said this, if we had done so, my friend Ellie and I would never have chosen the luxury hotel we stayed in on our last night in Croatia – and it made the holiday.  But for my trip to China this year we are booking our hotels in advance – when you are tired and need a shower and don't speak the local language – this is not a time to be looking for a bargain – especially if my friend Lucy's stories of rats in the shower are anything to go by!

It often helps to agree who pays for what ahead of time.  Sometimes you might be travelling with a friend who has more or less money than you or who just wants to spend more money on something.  When my sister and I went to Barcelona I offered to pay for the hotel – I was planning on going anyway, she could just pay for her flight, and bizarrely enough a double room was cheaper than a single so she was saving me money.  But she refused, she wanted to pay her own way, and so we split everything down the middle.  The only exception was the spa, I really wanted to go, but she was hesitating – so I offered to make it her birthday present – win, win.

I have in the past agreed that I'll get tonight's dinner and you can get tomorrow's – but this can really backfire – especially when after a few too many drinks the cost of last night's dinner is forgotten, and the next night's dinner is a bag of chips.  But I think this experience was good for me, as it meant I had to say to my travelling companion – "no, I paid for that, and I also paid for that, let's sit down over a coffee and figure out what we owe, and don't forget I've also been paying for the petrol."  Yes I felt awkward when I was asked to produce receipts by my friend, but at the end of the trip I felt that I could handle this kind of situation, and that's part of what travelling is all about.

Splitting the bill as you go along can be a lot easier, but sometimes feels strange with a lover.  I once tried to have the conversation with my boyfriend as he was unhappy about paying for certain things – but it just stalled.  If I'm honest it was a holiday that was both amazing and incredibly sad as it was the end of our time together, and we both knew that, and money had already become an issue in our relationship.  Looking back I realise that the money issue was my hang up – probably because I was very badly burnt financially by my last serious boyfriend.  He was the kind of person who would lavish me with gifts, extravagant dinners and hotels only for me to discover, after he'd moved out, that he had taken our rent money, and left me in months of arrears.  The new boyfriend was a responsible guy who worried about paying for taxis when we had already bought travel cards, who had been out of work and was about to face some serious moving costs, who didn't want to let me pay for things but knew that I was in a much better financial situation.  In short, I wish I could have let go of my hang ups about money, realised how difficult it was for him to let me pay for things, loosened the purse strings and just graciously paid for the cabs myself!

Whoever you are travelling with, you can sometimes end up paying on a credit card, or fronting up euro, kroner or dollars, trying to get the cash back from a friend, lover or family member.  Even if it's a straight split, I hate asking, "Are you going to transfer that cash into my account" or "when are you going to the cash point" but I know I'd rather not deal with it on holiday.  With family it can be more confusing – when you are splitting a total bill between four families, two of which comprise two adults, two kids and a dog, one without a dog, and one that's just me, and of course my mum and brother who we won't let pay, it puts my degree in maths to good use.  Last time someone had worked it out roughly, then I stopped and realised that if all the 2 point 4 families paid the same as each other I would be paying about a 100 pounds more than them for a weekend.  And I don't have a dog, or kids, or a husband.  When I told them what I thought was a more fair split everyone was more than happy to pay, I just felt bad having to ask.  You could agree it in advance, write an email or a text, especially if it's a big trip.  Get the basics right and then you can feel easier about the smaller things, and treat your travelling companions to a few margaritas without resentment.

But so often problems with money have nothing to do with money – looking back I can see that sometimes they are the icing on the cake.  If I feel that I have done too much on a holiday – done more than my fair share of driving, organising, translating or just plain trouble shooting – I guess I feel that the other person owes me a drink, and if I am paying more than them, well it just doesn't seem fair.  And it's not their fault, in the planning stages I am more than happy to take on the organisation, commit to doing the driving, whatever, but in reality when I am tired and cranky and have taken on too much, I blame them.  So my advice there – to myself as well, as you – is to simply accept that you will be doing more if you are a confident traveller, or let them drive.

With my oldest travelling friends money is a different problem.  They are Irish and if you've ever seen the "Father Ted" episode where Mrs Doyle ends up in prison with her friends because neither of them will let the other pay for afternoon tea you'll understand the situation.  "Put that purse away."  "No, no, no, come on, now I'm sure you paid for that the last time."  In short I spent most of my 20s with them fighting to pay for anything.  When we lived and worked together in Paris it was like Sex And The City before it happened, we were all poor, trying to find Mr Right, having been stung by Mr Wrongs, spending Fridays in all the dodgy bars, meeting up on Sunday mornings for brunch to go over it all (Saturday was a write off).  And like the Sex And The City ladies they have all moved on, married, with kids, whereas I still feel like I am Carrie, typing on my laptop in my tiny apartment (at this very moment!)

Several years ago, when one of my best friends was getting married I realised I couldn't contend with her and all of her family and friends in the "put that purse away" stakes.  I'm English after all, so I did it the English way.  I'm sneaky.  While they were arguing over who was paying for the taxi I had kept an eye on the meter, got my cash out and paid the driver in a flash.  This worked a couple of times before they got wise to me.

It's harder to do at dinner, but once again, I got sneaky.  I popped to the bathroom when the coffees came, and paid the bill at the counter.  When my friends asked for the bill they were told it had already been settled.  This worked a few times.  Until I tried again and was told that my friends had settled the bill before we even got to the restaurant.  Yeah, what do you do then?

Well I finally did the grown up thing.  I had spent a lovely week with my friend in Italy, where I once again had managed to spend a total of about 30 euro, and as we were walking to the restaurant I told my friends that as much as I appreciated their generosity I would really, really like to pay for dinner that night.  Really.  And they let me.  And my credit card didn't work.  Luckily it was only the credit card machine that was broken (although I did suspect that this may have been another ruse.) But yes I know, I am extremely lucky to have friends like these, in so many ways.

These are also the friends who have called me up when I have been broke and asked me to join them for holidays and parties, offering to pay for my flights or train fares so I could join them, who are possibly the most generous people I know.  These are the kind of travelling companions it is impossible not to love, not because of their financial generosity, but because of their generosity of spirit, their willingness to jump in and organise, drive, trouble shoot, lug heavy bottles of drinking water, cook, wash up, and share any of the work of going on holiday, so that we can all sit back, relax and enjoy our time together.

Permission is granted to publish this article electronically in free-only publications, such as websites and ezines (print requires individual permission) provided that the resource box is included without any modifications.  All links must be active.  A courtesy copy is requested on publication (email pearlescapes@yahoo.com).

Article: How To Love Your Travelling Companions – Top Tips For A Great Holiday Part 2

In order to give the best possible information Pearl only includes things that she has actually tried - whether it is a spa, hotel or flight.  Visit the website to read her Recommendations, plus the ones that didn't quite make it and the Jellyfish that you should absolutely avoid!  Or visit her blog http://www.pearlescapes.co.uk/Basics/Pearls_Blog/Pearls_Blog.html to read about some of the adventures she has along the way. 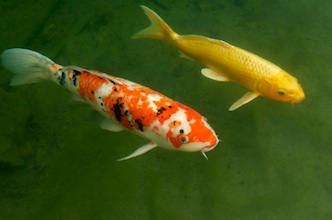 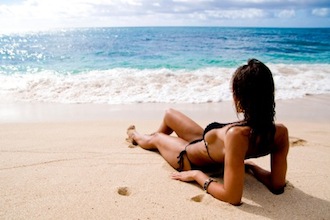 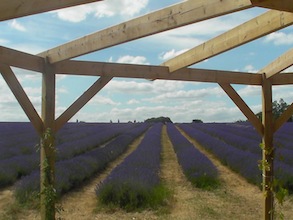