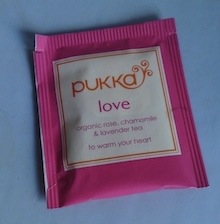 So, I’ve called the flushing out of toxins from the bloodstream Detox Stage 2, but you could argue it is actually Stage 1 or even 0, as ideally your body would flush away all the toxins straightaway without storing them in your body - well, in fairness it does try to.

The problem is that in order for your body to flush away these nasties it needs plenty of fluids or even fibre - taking once again the example of a hangover (of which I personally know nothing!) alcohol also seriously dehydrates the body.  Although the body tries to ditch as much as it can, it has to secrete the toxins in your tissues just to try and clean your bloodstream up in order for you to function!

So, once you’ve had your lovely massage, or you’ve had your Zumba class and released some of those nasty toxins back into your bloodstream, it’s extremely important that you drink enough fluids and eat enough healthy foods to allow your body to finally get rid of those toxins - otherwise once again they will just be put back in your tissues.

For some reason herbal teas, fruit and fruit juices all seem to help, along with the water, after a massage to allow your body to let go of those toxins.

Even if you haven’t had a detox treatment, just by being well hydrated and eating plenty of fruit and vegetables you allow your body to flush out toxins, and even release some of those stored in your tissues.  All helping your body slowly rid itself of those pesky toxins, so you look and feel better!